The Benefits of Legal Process Outsourcing for Corporate Institutions 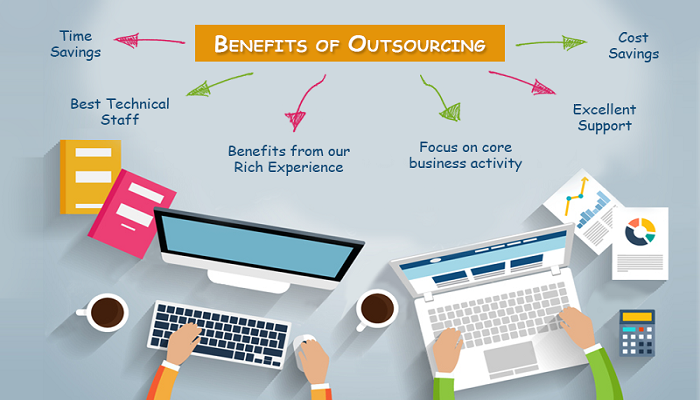 With the gradual changes in economic models of exchange and interconnection of various fields of service provision, the term ‘Outsourcing’ has come into vogue. When a company handling a major concern with a service other than its legal counterparts sub-contracts any work to an outsourcing firm for better accuracy, this process is called Legal Process Outsourcing.

The LPO industry has been growing all around the world at a phenomenal rate. In the US, the Legal Process Outsourcing (LPO) industry has reached the 1 billion mark in revenue generation and has a growth rate of nearly 32 percent. The most important benefit for a company employing LPO is that it reduces costs and expenditure while increasing the efficiency and accuracy of work.

According to David Ricardo’s theory of comparative advantage, the free market economy allows for a company to save up its costs of production by the process of sub-contracting to other service providers on a global basis which in turn has a positive impact on the GDP of the respective countries.

The theory of core competence suggests that an organization should concentrate on its most basic service provision and cut costs on subsidiary service requirements. Legal documentation, legal transcription, and paperwork include costs on infrastructure development, recruitment and maintenance costs. But with the advent of technology, the legal process outsourcing companies can cut the costs of service production to a significant level thereby increasing the profit of the company which outsources the work.

The idea that the English-speaking workforce of the world can be accessed and utilized at a cheaper price is something that is an important feature of the system. It is, therefore, an advantage that works opportunities can be distributed all around the world for better results in corporate achievements.

The outsourcing of legal works can save the costs related to space and administration of the company. The LPO providers in India have their own set up which helps to have the job done accurately in minimum time. A reliable outsourcing company can save up to 30-40% costs that are related to secondary requirements of service production.

A company can outsource its legal matters in the following ways. In Direct Contract method, the exchange is on a direct level between the company and the LPO provider. In Managed Outsourcing, the exchange is through a moderator in which there is an assurance on the quality of work that is guaranteed by the moderating company to the company seeking LPO. In ‘Required Outsourcing’, the company can outsource its work as and when it requires outsourcing at even at a micro level. Multi-sourcing is the catchword to describe the sort of transaction when a company contact with several LPO-s and distributes it work among them. In this case, the relative pricing and other competitive privileges can be accessed. The geographical positions of LPO providers and the company seeking Legal Process Outsourcing can be of great importance. For an example, if a company in the US outsources its Legal matters to an LPO provider in India then the maximum turn-around time can be availed due to the time zone differences between both the countries.

We are dealing with the motor vehicle is a accident cases of Law Firm.

Explore the Benefits of Outsourcing Legal Services to LSW. Request a Free Consultation!