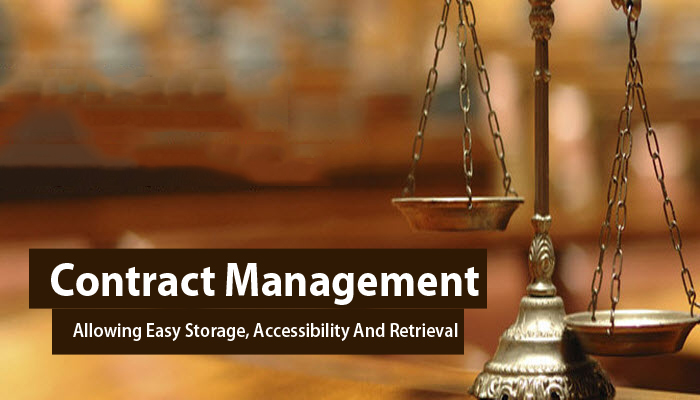 It is a cult quote to say ‘time is money’. In this quick-paced global market, deals are sealed in a wink of an eye. It is, then, utterly a wastage of time by going through epic writing on contract management with full of convoluted tropes and esoteric legal terminologies. We better leave the whole task of comprehending the service level or the primary contract to a trusted contract management services agency which is a generally ignored source of getting a cost saving, revenue pumping, and peace-bringing deal and indulge ourselves in other prolific business.

A general perception is to keep the contract-signing do a hush-hush affair only to declare afterward and often repent from the mistake of making choice all by oneself. Contracts can be of any genesis like between a manufacturer and a retail chain; a customer and its service provider; employees and management and among many partners of a business venture albeit every sort of contract bears a risk of incurring loss or getting less rewarded than what was promised verbally unless you make a good negotiation only after deciphering all the terms and conditions in the underlying contract.

The most necessary role of contract management services is to properly document the contractual relationship existing between the concerned parties. It is also important, along with being confronted with the norms, to make a note of any possible change in the terms that could become incumbent during the materialization of the deal. Such insightful things can only be assessed by a legal specialist who then will preach your say to the third-party.

Plenty of Risks in Contracts:

There is a saying which goes like big dollars entail very big risks. In a collaborative survey between APICS and Protiviti Inc, it is observed that a three-fifths of business organizations expend 30% to a huge 80% of their total revenue to third-party suppliers of commodities and services and of those organizations, 20% spends more than 60& of their earning.

A contract is a legally-binding agreement between two or more parties. If anyone fails to observe the conditions agreed upon in that, then he could face criminal trial as committing a breach of trust which is served by a jail term and could be averted by appointing an expert contract management services team like legal support world.

It is inevitable that most of the contracts you would come across are full of ambiguous language. Such inconsistency instantly recognizes the need for a representative from contract management services that is a virtuoso explaining the deal terms in the lucid language. If that is the case, Legal Support World is exactly the name one should look for. They give assistance in drafting any deal contract and also keeps pertaining information depository for future correspondence. Their lawyers make calculated steps in doing bargains while staying within the client’s jurisdiction which is only after contemplating the abstract. This degree of systemic effort by contract management services will transform any deal into grand laurel for us.

The legal expertise of LEGAL SUPPORT WORLD approaches systematically and efficaciously in contract creation or analysis and giving go-ahead for execution. This methodical process minimizes financial loss and augments profitability.

We are dealing with the motor vehicle is a accident cases of Law Firm.

Explore the Benefits of Outsourcing Legal Services to LSW. Request a Free Consultation!