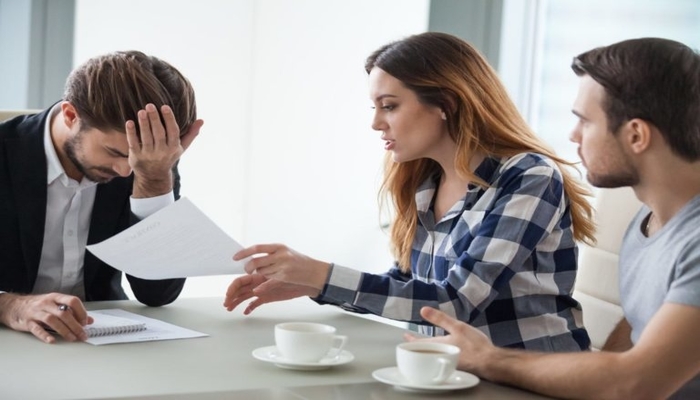 Drafting contract is the practice of evaluating and writing down the terms and conditions of the agreements/contracts with absolute detailing. This is specifically written in order to provide a clear insight into the contract to the signing parties and other readers.

It is vital for both the parties to accurately understand the legal terms mentioned in the contract as any misunderstanding might pave way to a conflict in the future.

Due to the complexities involved in drafting an error-free contract, bringing in the professional expertise of an attorney is recommended. But, ‘to err is human’ and this holds true for professional lawyers too as they also perpetrate mistakes while drafting contracts.

However, these contract management mistakes appear to be minimal as compared to the ones which common people commit while trying to draft the contracts themselves.

Earlier, contracts were considered legally enforceable only when they were stamped with a seal by the authorities. This seal ensured official approval and required abiding of the contract by both the parties failing which would make them face the legal consequences.

With more businesses and individuals entering into legal contracts, this practice became quite impractical with respect to the fast-paced world. At present, it is not mandatory to have a seal stamped on a contract in order to make it official under most of the jurisdictions.

A contract is classified as unilateral and bilateral depending upon the promises made by one party and both the parties respectively. In other words, a unilateral contract can be defined as a contract which gets formed due to an offer which can come into existence only if the other party performs as per the offer.

The express contracts enable parties to lay down the terms and conditions both on the paper and orally. It works by providing an offer to the recipient and upon his acceptance of the offer, the contract comes into existence. A written version is legally enforceable but an oral contract needs the approval of both parties in order to make it enforceable.

Apart from this, it can also be enforced if the oral statements promised at the time of drafting a contract can be proved in the court of law.

Implied contracts do not require any kind of written or oral promise and get established when a particular service or commitment is expected by one party from the other. For instance, you enter into some eating joint and as soon as you order the food of your choice, an implied contract is initiated.

The expectation that the restaurant will provide you with the food you ordered and you will pay the bill post that, makes way for this type of contract. Although these contracts are legally enforceable but it becomes challenging for either of the party to prove the existence of such a situation in the first place.

A valid contract can be legally enforced since it involves the mutual consent of both the parties and constitutes of all the elements needed to make it official, explains a top contract drafting service provider. A void contract restricts any kind of legal enforcement due to its open nature and is not considered a contract in the eyes of the jurisdiction.

An executory contract is definitely legally enforceable if it fails to get converted into an executed contract.

One of the biggest mistakes attorney commit is by not including the complete terms and conditions o the deal while drafting a contract. Apart from the legal boiler plates, it is essential to include any or all of the following terms, if applicable:

The incorrect inclusion of time-frames and dates is seen quite often while drafting the contracts. This is a very critical error which may result in unwanted consequences. Although this type of mistake is more of a typing mistake but it can literally change the meaning of the contract.

Having contract management drafters on board with deep attention to detailing is one of the best ways to avoid such an occurrence. The dates must be cross-referred with the calendar and deal sheet along with the confirmation of both the parties before signing.

3. Non-Inclusion of a Termination Clause:

In most of the agreements, the termination clause holds a lot of significance. It clearly states the exemption rules in case the contract fails to meet or fulfill the mentioned terms and conditions.

By not including the termination clause which clearly states the terms which allow a party to end the agreement or the termination consequences, the chances of a legal dispute may arise in the near future.

Last minute inclusions are truly problematic as they increase the chances of drafting mistakes, especially if attorneys are facing a shortage of time. Usually, the last additions sound good but prove to be a hindrance when the document is read as a whole.

Inconsistencies and grammatical errors are often seen at the end of contract drafting. Therefore, it is essential to eliminate the same by going through the contract over and over. The terms and conditions should be clearly stated and any further explanation must be incorporated if required.

It is recommended to get the contract reviewed by senior attorneys as their expertise will help in addressing the inconsistencies of each and every kind at the earliest or take help from the leading providers of contract drafting services.

Lawyers are humans only and ‘to err is human’! However, there is a very little scope of error when it comes to inaccuracies in the legal business. The above-mentioned mistakes are some of the most common ones which attorneys commit, irrespective of the experience they hold. However, most mistakes can be prevented if you get assistance from a professional and trusted legal service provider company, which can also help you with other legal processes.

Besides, it is essential to plan and assess the drafting of the contract deeply in order to have an error-free contract.